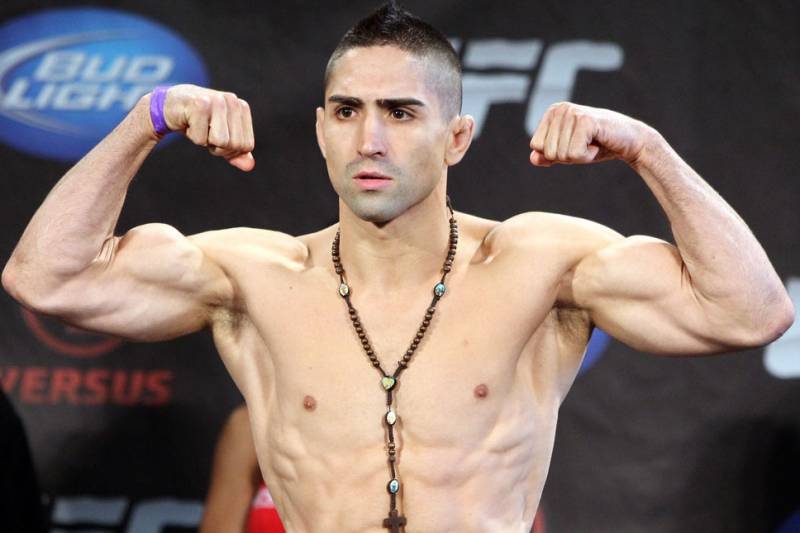 Ricardo Lamas has been one of the top fighters in the Featherweight division of the Ultimate Fighting Championship or the UFV for quite some time. But such has been his luck that he failed to get his hands on the reigning champion Jose Aldo all this while.

But now, Lamas will finally get the chance to fight for the 145 lbs gold as he gets ready to face the brilliant Brazilian in the co-main event of UFC 169 in 2014. Lamas is currently ranked at number three in the Mixed Martial Arts rankings of the Featherweight division and poses a very credible threat to the Brazilian’s title, who has so far, seemed almost unbeatable.

With wins over two top contenders in the form of Erik Koch and Cub Swanson in two of his last three outings, Lamas has taken his record in the division to 4-0. He has been absolutely brilliant since he dropped down to the 145 lbs and will be looking for the crowning glory when he faces Aldo.

The Bully, as he is called, has a solid background in collegiate wrestling as well as Brazilian jiu-jitsu and Aldo will face the toughest test as a champion when he meets Lamas inside the Octagon. And he admitted that he has waited a very long time for this fight to happen and he will be working extremely hard to achieve his goal and win the title from the Brazilian.

And Ricardo Lamas did not hold back when he stated that he predicts a full on war against Aldo for the title. According to the Bully, he has waited a very long time for this opportunity, and he will do all it takes to claim the title and go the distance, even if it means putting his body on the line.