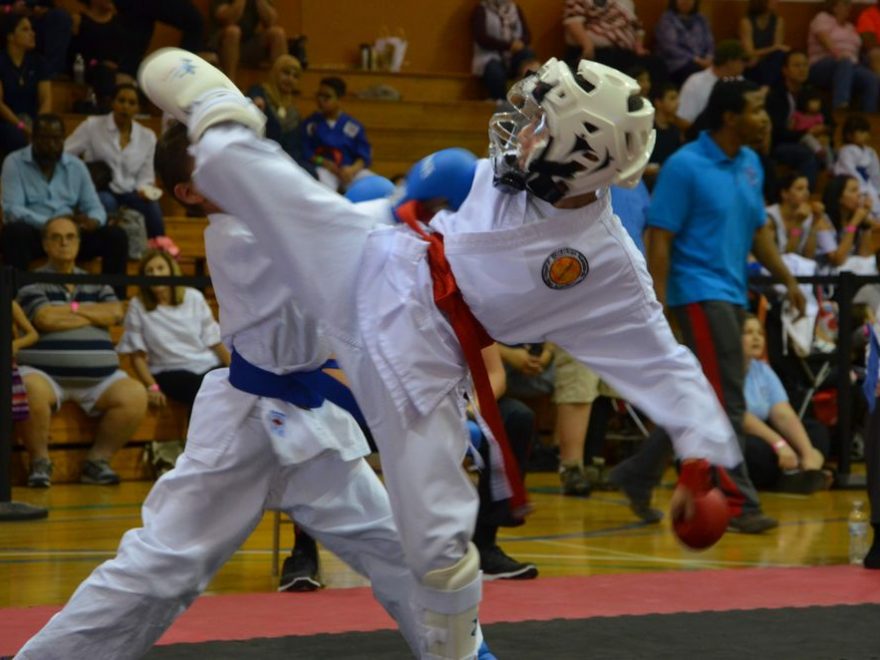 With 34 students of Keiko Shin Karate Academy competing and winning big in the United Traditional Karate Alliance District Championships, lots of question has been raised as to how they got there. Each and every student from the karate academy bagged at least a single medal by showcasing their karate skills, thus winning a total of 60 medals from the championship. The United Traditional Karate Alliance District Championship was held at South Florida University on 1st of March.

When asked about his student’s performance, Sensei Ernesto Fuentes commented that he is extremely proud of how his students have performed however these shiny medals are definitely not the reason why he teaches karate. He further added that for him seeing the proud face of winning student is much more fulfilling than seeing a trophy or medal. The sheer satisfaction he receives when he sees his students achieving something cannot be compared with a medal.

In his Dojo, child development is a must, which is an essential factor for him, claims Fuentes. Belonging from Venezuela, the Sensei was a successful attorney frequently dealing in custody cases. Besides that he also has earned a post graduate degree in children psychology.

The Keiko Shin Karate Academy deals in teaching karate to students of varied age group, however Sensei Fuentes takes special interest in young children and their accomplishments.
The success of the academy is not restricted to the competitions and the dojo only and Sensei Fuentes stresses that the lessons of disciple in karate should be applied to different aspects of daily life.

He further added that martial arts and karate is much more than just a form of art, and it should be regarded as a way to lead life and he talks to his students about this every day. It is a 24*7 dedication towards making life better.